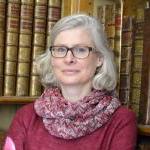 After completing a PhD at the Warburg Institute (University of London), Suzanne Reynolds was Lecturer in Medieval Literature at the University of Birmingham from 1992-1998; her major publication in this period was Medieval Reading: Grammar, Rhetoric and the Classical Text (CUP, 1996). From 1998-2014 she was Curator of Manuscripts and Printed Books at Holkham Hall, Norfolk, a role she combined with research projects at the Fitzwilliam Museum (Cambridge Illuminations) and the National Trust. She was elected Munby Fellow in Bibliography at the University Library in Cambridge for 2004–5, and was appointed Assistant Keeper in the Department of Manuscripts and Printed Books at the Fitzwilliam in late 2014.